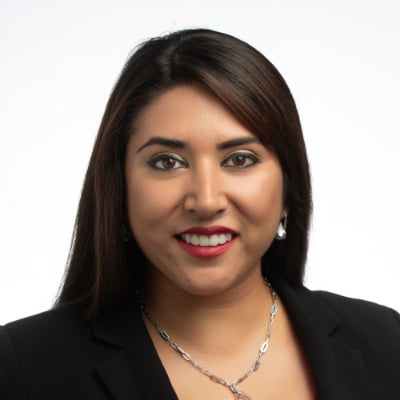 Esmeralda Sosa Serratos is a native from Tampico, Tamaulipas, Mexico, where she received her Law Degree at the Instituto de Estudios Superiores de Tamaulipas (IEST-ANAHUAC). Esmeralda moved to San Antonio, Texas to obtain her Master of Law in American Legal Studies at St. Mary’s University in 2013, and became fully licensed to practice in the State of Texas in 2017. Ms. Sosa Serratos is licensed to practice in Mexico and in the State of Texas. Ms. Sosa Serratos. During her time at St. Mary’s School of Law, she volunteered and found her passion in Immigration Law. Esmeralda has been involved in this area since 2014.

Ms. Sosa Serratos understands the necessities of the immigrant and non-immigrant community in the United States since she was born and raised in Mexico. For Esmeralda, the importance of having a good relationship with her clients is fundamental, because as our logo says- we are you; she is like you and she will be there for you.