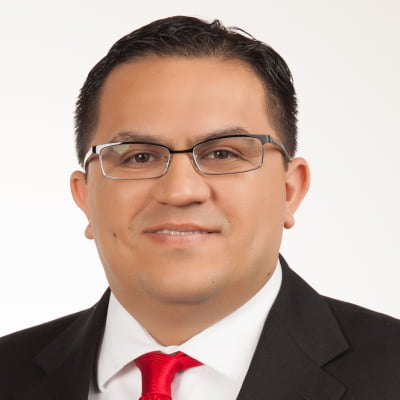 Carlos Moctezuma Garcia is a member at Garcia & Garcia Attorneys at Law, P.L.L.C.  Carlos tries all types of immigration cases in addition to state and federal criminal cases. He’s argued before the 5th Circuit Court of Appeals. Carlos is passionate about immigrant and civil rights issues and that’s why he serves as the Chair of the Board of Directors of the National Immigration Project of the National Lawyers Guild (NIPNLG) and as the Vice-Chair of the Texas Civil Rights Project (TCRP).

Carlos grew up in McAllen, TX – one of 5 children, the 4 other siblings being much smarter than him. He practices law with his two brothers Raul (member) and Cesar (of counsel). Carlos and his siblings grew up in a Section 8 housing project known as “el campito.” The lessons learned there have helped him persevere during times of adversity. Carlos’ parents, who did not have a formal education, insisted that he and his siblings challenge themselves beyond college.  He was the last of the five children to earn a graduate degree and joined his siblings in having what is supposedly called “good debt.”

Carlos’s interests include nachos, baseball, and social justice.  It used to include sleep, but he has three crazy children who refuse to let anyone sleep. Carlos enjoys losing arguments to the most brilliant lawyer he’s ever met – and the one he married in 2008 (Elizabeth). He graduated from The University of Texas at Austin and Seattle University School of Law.

Carlos has spoken at the following seminars:

TRLA’s The Practical Guide to Effectively Representing Non-Citizen Clients in Criminal Proceedings: 9/23/2011
Why Should I Care? Understanding the Intersection of Criminal and Immigration Law
Edinburg, TX

The University of Texas at Austin Immigration and Nationality Law: 10/6/15
Waivers in Family and Removal Cases
Austin, TX