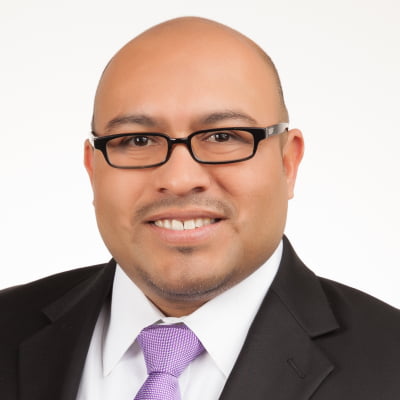 Raul García was born and raised in the border community of McAllen, Texas, deep in the Rio Grande Valley of South Texas.  The second of five children born to Mexican immigrant parents in one of our nation’s poorest regions, Raul understands firsthand the plight of immigrants and the importance of providing affordable legal representation to the traditionally underrepresented. Raul has represented thousands of non-citizens before the immigration court and USCIS.

Raul is particularly proud of being from the Rio Grande Valley.  There he learned that there are no shortcuts to success; it comes only through hard work and persistence.  It is with this in mind that Raul earned his J.D. degree from Seattle University School of Law and in 2001 began to practice immigration law as a non-profit attorney in Austin, Texas.  In 2005, with his late father doubling as his legal assistant, he opened up his own practice in Austin and McAllen.  In 2011, Raul and his brother Carlos formed García & García Attorneys at Law, P.L.L.C. Under Raul’s guidance, the offices continue to grow. In addition, Raul recently oversaw the expansion of the third office in San Antonio.

Raul primarily practices out of the Austin office but continues to oversee the management of the Austin, McAllen, and San Antonio offices.  When not practicing law or overseeing the business affairs of the law offices, Raul enjoys spending time with his wife, Madge Vasquez.  He also hosts a one-hour weekly radio show on KEILAH Radio, a Christian radio station in Austin, Texas where he shares information about rights and benefits available to immigrants in the community and where he gives callers an opportunity to voice their opinions and ask questions.

Raul’s approach to his practice remains simple and one that he learned at an early age from the humble people with whom he was raised: And what does the Lord require of you?  To act justly and love mercy and to walk humbly with your God.  Micah 6.8